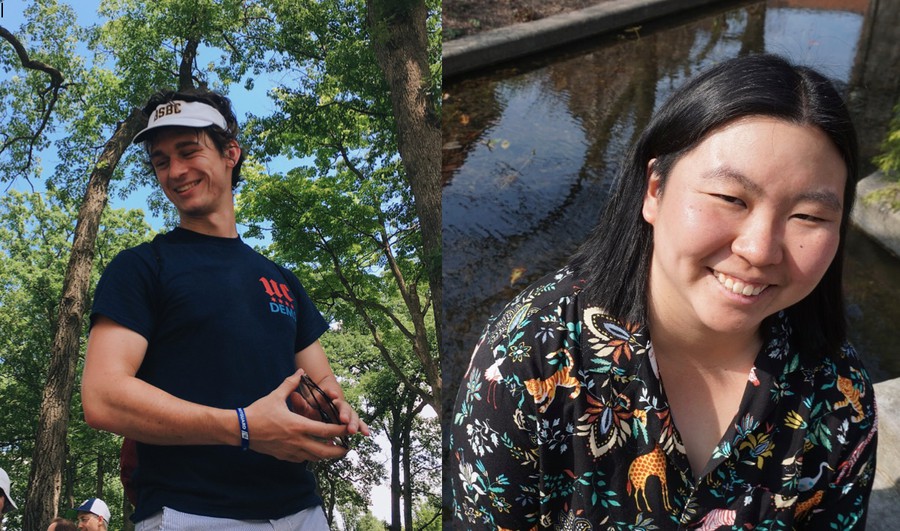 Next year’s Student Government (SG) liaisons were revealed Wednesday afternoon, following tightly contested elections. For Community and Government Liaison, first-year Natalie Wang was declared a winner in a two-way race between third-year Rachel Abrams and herself. In the race for Undergraduate Liaison to the Board of Trustees, third-year Ridgley Knapp won in a field of three declared candidates: first-year Dinesh Das Gupta, first-year CJ Jones, and himself.

Incoming Community and Government Liaison Wang campaigned to, in her own words, “form a more positive relationship between the University and the Hyde Park community.” To that end, she seeks to host events where UChicago students can interact directly with local communities and promote the work of local South Side artists. Wang also expressed concern for campus sustainability, citing her concern that “the new dorm [Woodlawn Residential Commons] is not going to be LEED-certified,” which, according to the LEED website, means it will not be constructed to maximize occupant health and productivity, reduce waste and negative environmental impacts, and decrease building life cycle costs.

To break the tie between Kunzo and Gardner, outgoing College Council representatives will vote next week on who will win.

The newly-elected members of Student Government will begin their terms in fall quarter.