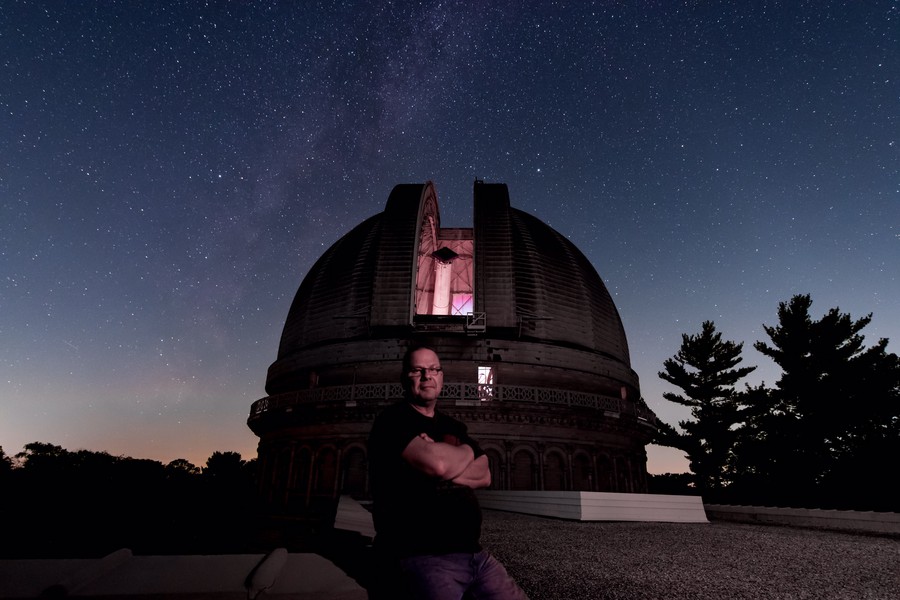 Renovation has begun at the Yerkes Observatory after the University of Chicago successfully transferred ownership to the Yerkes Future Foundation (YFF) on May 1.

The observatory, based in Williams Bay, Wisconsin, hosted the largest refracting telescope in the world after its construction in 1897, and served as a hub for astronomical research throughout the 20th century. However, the observatory was shut down by the University of Chicago in October of 2018.

YFF chair Dianna Colman commented on the YFF’s progress towards renovating the observatory, saying that while the impacts of COVID-19 prevented a public signing ceremony, the transfer of ownership and renovations have continued as planned.

Regarding the renovations, “There’s a sequence of steps that have to take place which are relatively detailed and not glamorous, but necessary to keep it a viable building for the next 125 years,” Colman said.

She added that aside from painting and brickwork, an extensive amount of work on the observatory’s dome would need to be done.

Aside from the observatory’s physical changes, the YFF has also focused on expanding future opportunities for research and scientific innovations. The Observatory’s ownership transfer has been supported by University of Chicago professors, librarians, and archivists who have offered guidance on potential areas of development for future research which respect the Observatory’s past.

“What we’re hoping is that by creating that same atmosphere, younger students, graduate students, professional astronomers, astrophysicists, and everyone will want to be there again. That’s the whole goal,” Colman said.

She added that the YFF plans to integrate features of more modern observatories, such as remote access to the observatory’s databases for researchers who are unable to conduct studies in person.

Colman estimated that the total time to complete the Observatory’s physical restorations and hire a team of employees to build and expand research programs could take up to seven to ten months. However, she also added that the Observatory may open to student visits and guest speakers as early as this fall, depending on the impacts of COVID-19.

The YFF envisions a broader goal of using the Yerkes Observatory as a hub promoting the pursuit of an array of scientific fields ranging from astrophysics to biology.

“It’s a rebirth. It’s going to be a revitalization, and it’s going to be moving everything forward. We are very aware of the need for broadening and encouraging science in any capacity,” Colman said.