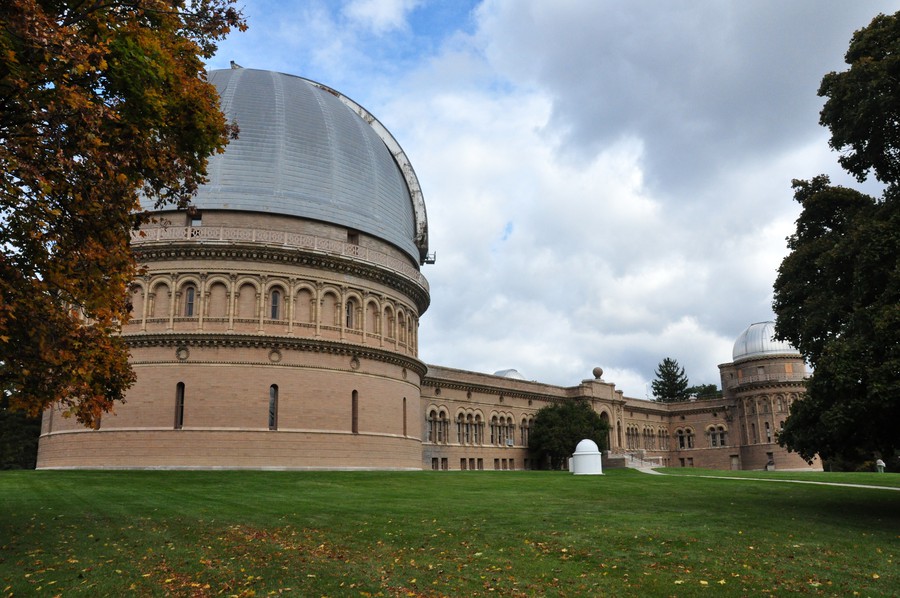 The University of Chicago and the Yerkes Future Foundation (YFF) announced on Tuesday that they will begin working out the details of a deal that will transfer ownership of the shuttered Yerkes Observatory to the YFF.

The observatory, based in Williams Bay, Wisconsin, was opened by the University in 1897 to house the world’s largest refracting telescope and was closed to the public last October. Since the closure of the observatory, students and community members have worked to preserve the observatory buildings and continue its educational programming externally.

The closure was first announced in March 2018. That May, a group of Williams Bay residents formed the YFF and submitted a bid to keep the observatory open; the University publicly acknowledged talks with the group around the time the observatory closed last October.

A joint news release from the University and the YFF announced an “agreement in principle” to transfer ownership of the observatory, and said, “over the next several months, both organizations will be working closely on all aspects of the proposed transfer.”

YFF chair Dianna Colman told The Maroon, “We know we have a lot of work yet to do.... Quite honestly, we have to really start refining all of our plans for the future, so that what we're doing really brings back some of the magic to the place.”

An agreement in principle is when two groups come to an agreement about what they intend to discuss and figure out.

When asked about the negotiations between the University and the YFF, Colman said with a laugh, “They were long, I can tell you that much. It took a lot of work on their part and our part.”

Colman declined to share details about the talks, citing a confidentiality agreement between YFF and the University. Few public details have been shared about the negotiations since they were announced last year, although in July YFF representatives met with astronomers from other observatories to discuss possible collaborations, according to the Lake Geneva Regional News.

According to the statement, the YFF plans on restoring the observatory’s buildings and telescopes, reopening the observatory to visitors, and setting up educational programs “for students, astronomers, astrophysicists, and others.”

A group of former Yerkes educators have continued some of the educational programs once held at the observatory since it closed to the public.

Although UChicago astronomy students and faculty have continued to use the observatory, the “transfer to YFF will mark the conclusion of the University’s historic affiliation with Yerkes, allowing the University to make further investments in the future of the field [of astronomy].”

YFF will eventually own both the observatory “and related property,” according to the statement. No further details have been made available about what the related property will include.

The transfer of ownership had been held up, in part, by a letter written by the observatory’s original benefactor—financier Charles Yerkes—which indicated that ownership of the observatory could revert to his heirs if the University closed the observatory. Two of Yerkes’s heirs have been publicly identified but have not spoken to press.

Colman declined to offer specifics on the role of the heirs in the agreement, but said that they have been supportive and responsive.

Save Yerkes, a student group that has been advocating for the University to take action in saving the observatory, wrote in a statement to The Maroon over Facebook that they appreciate the news and the progress about the announcement. "However, we're also eager to see more concrete movement, beyond merely an agreement in principle."

Original Bequest Letter for Yerkes Observatory Holds Up Its Future

The Next Final Frontier: The Efforts to Save Yerkes Observatory