The University’s Housing Announcement Was Too Little, Too Late

Delayed decision-making about housing this fall has created a price-and-demand crisis. 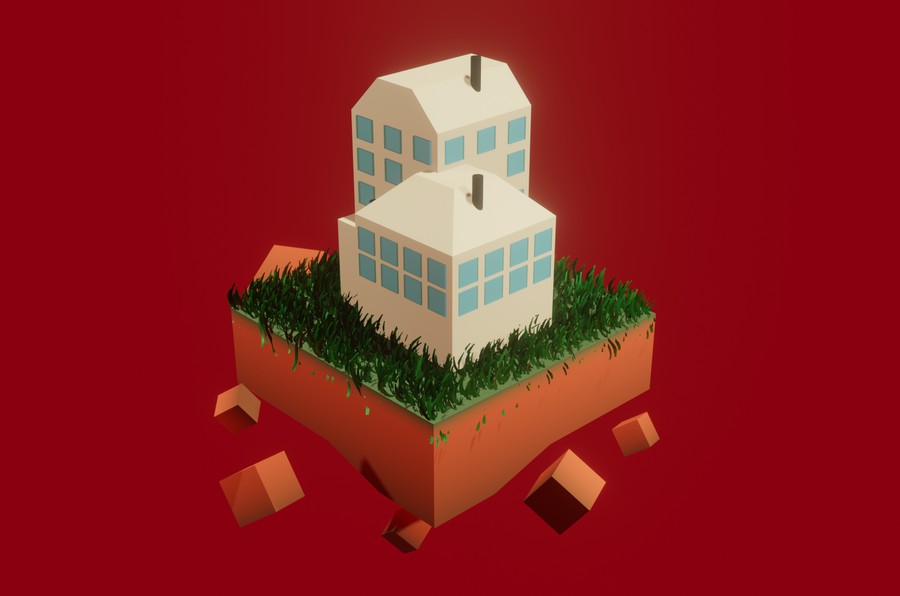 The timing of the University’s announced plans for autumn 2020 has created an ongoing price-and-demand housing crisis in Hyde Park. The timing of this announcement has increased the demand for off-campus housing during a period of reduced supply. This has caused current rent prices, which fluctuate on a daily basis, to rise to a degree that is no longer sustainable. This decision disproportionately hurts low-income, first-generation students and has dire consequences for the Hyde Park community beyond UChicago’s gates.

Ultimately, the University’s decision was one that attempted to establish social distancing measures to make a return to campus as safe as possible. However, it is a decision that has an unbalanced, disadvantageous impact on low-income students. If the University had released the announcement for housing a few months earlier, when there were more available units on the housing market, then many students would not be struggling to return to Hyde Park for the 2020–21 school year.

The timing of the housing announcement disadvantages students who had anticipated remaining in on-campus housing. Typically, students start searching for off-campus housing arrangements in January and sign leases in April and May. If the University had made a housing statement in April or May announcing its intention to limit housing to exclude the majority of upperclassmen, many of these students would not be left in such a difficult situation.

Students who had already planned to live off-campus had finalized leases this spring, taking up some of the real estate supply in the neighborhood, while students who had previously planned to stay in housing didn’t know they would need off-campus housing until the University’s official statement. By delaying this announcement to the end of June, by which time there were significantly fewer available units, the University has left these students in a scramble to find anything available, rather than allowing them to pursue moving off campus with the time and serious consideration required.

This rushed timeframe tremendously hurts low-income students who had expected to remain in housing. The vast majority of the students affected by the new policy are ones with no experience pursuing off-campus living. The Center for College Student Success holds an annual workshop in January on moving off campus for low-income students and Odyssey Scholars. As many of the students affected by this new housing policy did not anticipate needing to move off campus, they did not attend the workshop. The University has not announced any additional information-based resources for low-income students other than links to its off-campus apartment guide. This guide is nothing more than a bare-bones spreadsheet with links to Mac Properties, Hyde Park Property Management and the Sophy Hyde Park hotel. Additionally, the rushed, haphazard new timeline for finding housing seems to condense a multi-month-long process into mere weeks, leaving these students without the time to carefully study the serious conditions and requirements of renting off campus.

The timing of the University’s announcement created an immediate, massive, and urgent demand for housing. Mac Properties informed a student in the Class of 2021 who inquired about available units that they had over 70 units signed on new leases on June 30, the day of the housing announcement, and July 1. On UChicago Facebook groups like UChicago Housing and UChicago Free and For Sale, posts with students seeking sublets, subletters, and roommates began to stream in. Within the University community, a self-created illusion of demand has manifested. Many students will not return to Hyde Park, completing the quarter remotely or taking academic leave. However, this factor is buried under widespread panic in the student body, manifested in public clamoring to find housing on social media. This perceived demand combined with the actual increase in demand will ultimately have the impact of massive rent price increases.

The University failed to secure fair rent arrangements for students forced out of housing. Rent prices in Hyde Park change on a daily basis, fluctuating based on the market. By delaying the housing announcement to the end of June, the University helped create conditions for a demand surge that led to a rapid price increase. One fourth-year I spoke to, Naa Asheley Ashitey, said, “I wanted to be in Hyde Park during graduate school, so, back in May, I briefly looked at rent prices and saw that the cheapest were around $800 or $900. Following the University’s announcement on housing, I checked again, and now they’re around $1,000 or more.”

This inevitable rent increase also has drastic consequences beyond the University community. The University has had a historic tendency of prioritizing its students over other Hyde Park community members. The South East Chicago Commission (SECC), which until recently was University-funded, has a history of urban renewal and land banking in the greater Hyde Park and South Side neighborhoods. More recently, the University has made no effort to work with local residents through the Obama Community Benefits Agreement Coalition, which was formed to combat potential displacement from the proposed opening of the Obama Presidential Center. The fall 2020 housing announcement is no exception to this trend of University-driven economic discrimination. While the resulting increase in demand for off-campus housing has the potential to be a short-term real estate bubble, it runs the dangerous risk of pushing more residents out of the neighborhood.

While the University announced increases to students’ financial aid packages to assist with the expenses of moving off campus, the delivery of this money fails to meet the timeline for securing off-campus housing. To secure housing for the fall, students have to pay application fees, put down security deposits and cover move-in fees, all of which can be individually as high as $400. All of these expenses have to be paid in quick succession to finalize a lease, something that now must be done as soon as possible, given the new demand for housing in Hyde Park. As financial aid packages are not delivered until August, with students typically unable to get financial aid refund checks for rent until September, many students cannot afford to put down the hundreds of dollars necessary to secure housing for the fall. This has created a situation that disproportionately harms low-income students, threatening to exclude them from Hyde Park this autumn on the basis of financial disadvantage.

“First-generation, low-income students are disproportionately impacted by the housing decision,” Ashitey said. “UChicago should recognize this in the financial aid that they give. I hope that timely and additional funds will change and help Odyssey scholars.”

The University has created a housing dilemma that overwhelmingly impacts its low-income students while also harming Hyde Park community members outside the University. Going forward, the administration must acknowledge this and work to support its students by providing more in-depth off-campus housing resources, delivering expedited financial aid packages and working with renters to give students stabilized rent prices for the upcoming school year. Without such intervention, the student body that returns to Hyde Park in the fall may not include some of our best and brightest.

Brinda Rao is a third-year in the College.