It’s Time for UChicago To Rethink Its Development Strategy

The University’s self-interested development strategy has long displaced low-income Southsiders. It must take direct action to support affordable housing in the area and create an institutional framework to ensure that its development decisions are guided by community input. 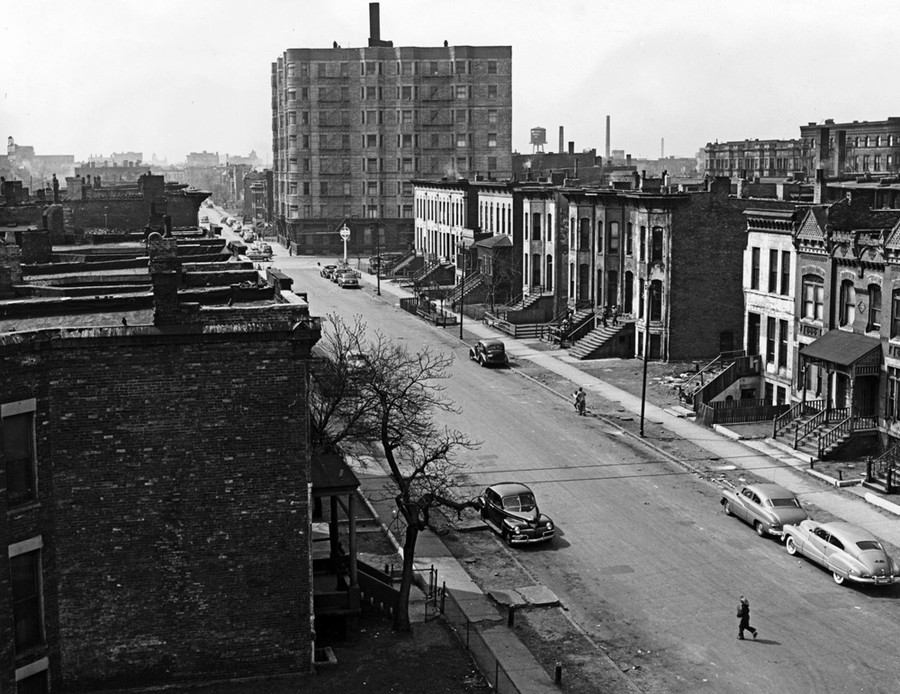 In an interview with the Maroon Editorial Board, representatives from the Office of Civic Engagement (OCE) said that the University “is not in the housing business.” But UChicago’s history suggests otherwise. Since its founding over a century ago, the University’s legacy on the South Side has been characterized by deliberate interventions in the housing market that resulted in gentrification and concerted efforts to displace low-income residents. The University has a responsibility to repair the harm its development continues to do in Hyde Park and Woodlawn: It must take direct action to support affordable housing in the area and create an institutional framework to ensure that its development decisions are guided by community input, not just self-interest.

Throughout its history, UChicago has shaped the surrounding neighborhoods in its own image of whiteness and intellectualism, deliberately pushing out Black residents and gentrifying the South Side. In the 1930s and 1940s, the University spent hundreds of thousands of dollars in court defending racially restrictive covenants that prohibited Black residents from living in and around Hyde Park, including in University-owned properties. After the United States Supreme Court declared racially restrictive covenants unconstitutional in 1948, the University spearheaded the “Urban Renewal” of Hyde Park by creating the South East Chicago Commission, whose express purpose was to rid Hyde Park of the “blight” of poverty. During this period, the University invoked eminent domain to tear down poor residents’ homes in what many have argued was an attempt to preserve a certain proportion of high-income white residents in a racially transitioning Woodlawn neighborhood. As the income distribution on the South Side makes clear, these concerted efforts to push poverty out of Hyde Park have had a lasting effect: The neighborhood remains inaccessible for many low-income Southsiders.

Some residents who spoke with the Maroon’s Editorial Board have had positive experiences of Hyde Park’s development over the past few decades. Anne and Aaron Collard, a white couple that grew up in Hyde Park during the 1980s, said that the arrival of larger businesses like Target has made certain goods and services more accessible. But others lamented the evolution of the neighborhood, both economic and cultural. Jennifer Smith, a Black woman who grew up in Hyde Park and returned to the neighborhood as an adult, recounted how the area, particularly East 53rd Street, bears little resemblance to what it was in her youth. “53rd just doesn’t look like 53rd anymore.… It was much more economically diverse and economically integrated,” she said. “You’d hear like Creedence Clearwater Revival [and] Crosby, Stills & Nash…people like these. Hyde Park had such a vibe. Now, it is so austere.”

In the intervening decades, UChicago’s leadership has disavowed its past development practices. At a University-hosted conference in 2004 about the legacy of urban renewal, former University president Don Michael Randel stressed the importance of affordable housing and said that “terrible mistakes were made” in UChicago’s development history. But the University has continued to place its self-interest above the stated needs of its neighbors. The impending construction of the Obama Presidential Center (OPC), which the University sponsors, threatens to price thousands of residents out of neighborhoods in which they’ve lived for decades. The OPC has been marketed as an “economic engine for the South Side,” but only those stable enough to weather its arrival will reap its benefits. OCE may say that UChicago is not in the housing business, but for better or for worse, it is.

As we’ve argued elsewhere in this series, the ultimate solution to this disconnect between University development decisions and community needs would be to create a Reparative Justice Center funded by the University and governed by local community groups. But in the meantime, the University should take direct measures to counteract the harm done by its long history of displacement.

First, it should sponsor existing community groups that are working to provide and maintain affordable housing developments in Woodlawn, such as Preservation of Affordable Housing Chicago and Woodlawn East Community and Neighbors. This would directly help the low-income neighbors who are most vulnerable to displacement and who have been most affected by the gentrification UChicago has caused. Alternatively, as representatives from Southside Together Organizing for Power suggested in an interview with the Maroon Editorial Board, the University could create a community trust fund for affordable housing and community development. The University passed up an opportunity to do this during the negotiations over the Community Benefits Agreement (CBA) for the OPC in 2019, declining to engage with activists who proposed this measure. Doing so now would signal a concerted effort to place community-building power back in the hands of Southsiders and would ensure that the University does not profit off of a housing crisis it played a part in creating.

UChicago should also reform its existing housing programs to make them more accessible to its own staff members and to Southsiders unaffiliated with the University. It should expand its loan program to set aside a certain number of residential units for its staff members, professors, and graduate students, while leaving the remaining units purchasable to community members unaffiliated with the University, beyond what is required by law under Chicago’s Affordable Requirements Ordinance. It should also make its existing Employer-Assisted Housing Program more accessible to lower-paid contract employees; as past research has shown, it could accomplish this by doing away with the location requirement and providing additional support to non-white employees seeking homeownership.

Derek Douglas, vice president for civic engagement and external affairs at UChicago’s OCE, told the Maroon Editorial Board that he has already engaged in conversations with individual affordable housing developers on the South Side. While this is commendable as an individual effort, only a comprehensive University policy would be of the scale necessary to right historical wrongs.

The University is not the only force on the South Side responsible for gentrification. Other institutions such as the Obama Foundation and property owners like Mac and TLC Management have contributed as well. The City’s leadership has perpetuated these issues by its lack of decisive action to pass a CBA. Despite a federal eviction moratorium in the face of the pandemic-induced economic instability, South Side property management companies have continued to evict tenants. But while the University is not alone in contributing to housing insecurity, it has no less of a responsibility to do its part to combat it; the growing housing insecurity across the South Side in the wake of these evictions makes the University’s indifference even more problematic.

The University has made promising steps to better support its South Side neighbors. The Polsky Center for Entrepreneurship and Innovation’s Small Business Growth Program is an admirable initiative to foster growth on the South Side. But by pricing out those who make up its surrounding community—be they business owners, activists, or simply longtime residents of Hyde Park and its surrounding community areas—the University is displacing the very people its OCE has been trying to help. By supporting affordable housing in its own neighborhoods, UChicago can make an effort to counteract the harm of its long legacy of displacement and take a concrete step toward regaining the trust of its neighbors.

A previous version of this editorial stated that the University violated community agreements in 2016 when it announced plans to build a charter school on East 63rd Street. This information has been removed from the editorial because the agreements in question were amended to permit the charter school's construction.