Only students who live in a single or a double where both students have tested positive will be asked to isolate in their dorm to conserve space in Stony Island. 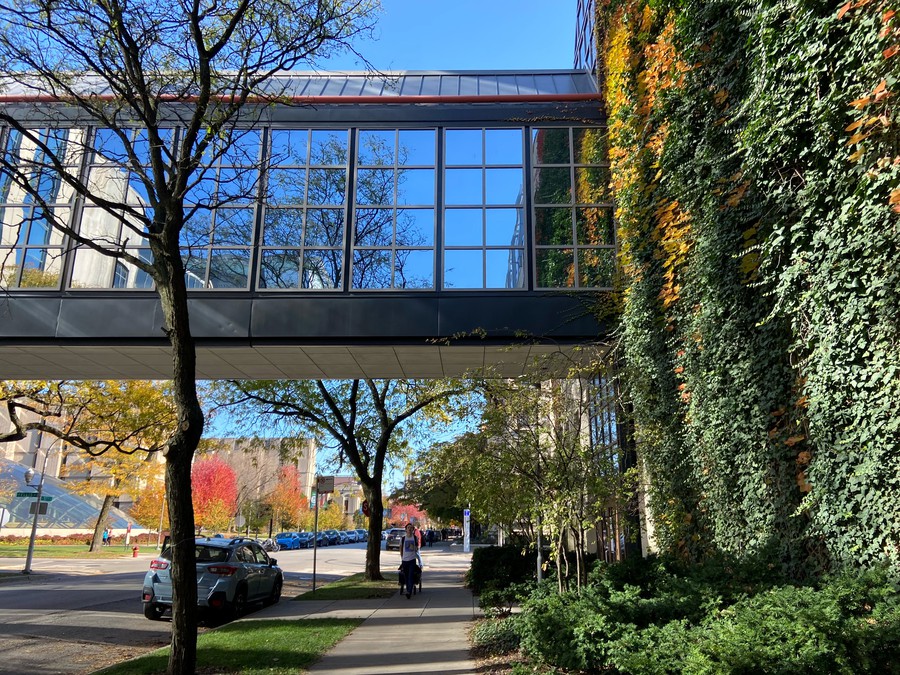 Some students living in on-campus residence halls who have tested positive for COVID-19 are now isolating in their dorms to conserve space in the Stony Island isolation housing, according to an email from Assistant Vice President for Campus Life Richard Mason and Interim Executive Director of Housing & Residential Life Heath Rossner.

The change came after surveillance testing detected 93 new cases over the week of February 3, almost doubling a total of 49 cases during the week before. The positivity rate was 2.46 percent, according to the latest UChicago Forward update.

Mason and Rossner emphasized that the policy is a precautionary step and that Stony Island has not reached its capacity of 120 students. As of Thursday, February 10, 61 students were in on-campus isolation housing, while 32 additional students isolated off-campus.

Only students who live in a single or a double where both students have tested positive will be asked to isolate in their dorm, according to University spokesperson Gerald McSwiggan.

“The University is also limiting the number of residence hall buildings that are using isolation-in-place,” McSwiggan wrote in a statement to The Maroon. “The number of students in isolation housing at Stony Island has decreased in recent days as students cycled through or left after testing negative. If this trend continues in the coming week there will be less need for temporary isolation-in-place measures.”

The University also attributed the uptick in cases to social gatherings, not in-person classes.

“Although COVID-19 case counts are declining in Chicago, it remains critically important to continue following the University’s health requirements,” Mason and Rossner said in their email.

Contact tracers would no longer notify students in classes with someone who has tested positive, according to the UChicago Forward update. Instead, contact tracing would only notify students who were seated near a confirmed case.

The possibility of an isolate-in-place policy was first announced in January as a potential change should case counts rise. Students isolating in place are prohibited from leaving their rooms except when using bathrooms, seeking medical care, collecting meals from a specific location, or removing trash from their room. Residents who are not isolating should not use bathrooms designated for isolating students.

The University made no changes to current masking guidelines, which were recently relaxed to allow lecturers to remove masks when speaking.