Zingales Asked an Expert on U.S. Black Politics to Debate Bannon. She Said No Way. 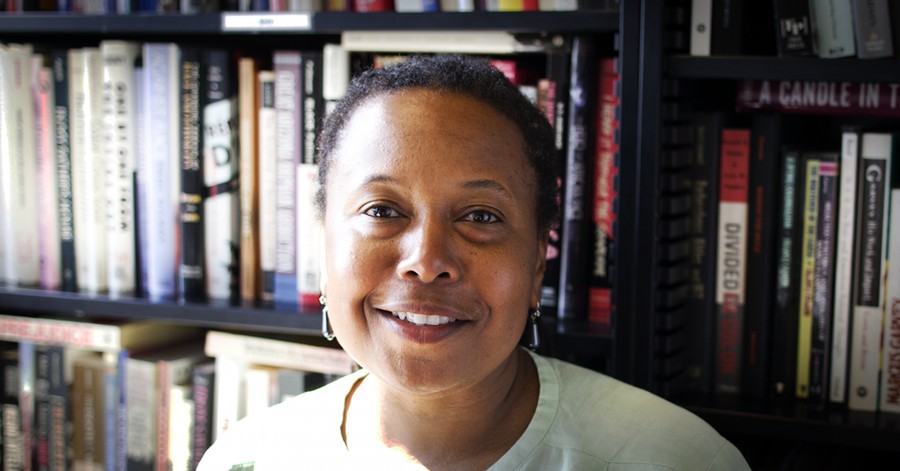 According to the sources, Zingales decided to invite Cohen, a scholar whose research interests include black politics, because he thought that she could make up for his self-admitted ignorance, as a native Italian, of racial issues in America at the debate and more effectively challenge Bannon.

Two of the sources claimed they heard Zingales say that Cohen expressed disinterest toward participating in a debate. When asked whether she was invited by Zingales, Cohen did not deny the invite and told The Maroon that she would never participate in such an event.

“Let me be clear: I along with many faculty, staff and students across campus staunchly oppose the invitation to have Steve Bannon speak on campus,” she said. “I would never consider legitimizing such an event with my participation.”

In a statement to The Maroon, Zingales confirmed that he had reached out to Cohen and other faculty because he felt that it was important to have multiple perspectives represented at the debate.

“The topics of globalization and immigration cannot be seen only from an economic perspective,” he said. “For this reason, I feel it is important to have a range of perspectives represented at the event. To this purpose I reached out to Prof. Cohen and many other members of the faculty.”

The sources learned about Cohen being invited after attending a breakfast meeting Friday morning between Zingales and eight student representatives of four major campus organizations—J Street, UChicago College Democrats, UChicago Young Democratic Socialists of America (YDSA), and Student Government (SG)—at a private room in the Quadrangle Club. Dean of Students Michele Rasmussen was also in attendance as a moderator.

The meeting, which Zingales said was prompted by a protest in his class earlier this week, lasted more than an hour and involved a talk by the professor followed by a discussion where students had the opportunity to ask him questions.

During the meeting, Zingales defended his decision to invite Bannon, saying that the former chief strategist in the Trump White House could speak to the significant segment of Americans who voted for Donald Trump.

Zingales also cited his personal experience with the attempts to suppress free speech that accompanied the rise of radical parties in Italy, his home country, to explain why he strongly believed in Bannon’s right to speak.

Zingales also dismissed the prospect of disinvitation, arguing that he thought it would allow Bannon to be seen as a victim.

The sources said that students in the room pushed back on Zingales by saying that they mainly opposed Bannon’s invitation because they thought his visit would be harmful to members of the University and local community—not because they questioned his right to speak.

The students said that they feared, in particular, that an event on campus featuring Bannon would draw white supremacists and fascists to Hyde Park, leading to violence and disruption.

Fourth-year and SG President Calvin Cottrell, who was in attendance, suggested that the Bannon debate be held outside of Hyde Park to make the event less disruptive. He proposed the Gleacher Center, the Booth School’s downtown campus, as an option.

In response, Zingales said he could not yet commit to a particular location, as the administration was handling the logistics and security of the event.

He also mentioned that the timing of the event had not been decided. Though he had initially planned for the debate to be scheduled sometime during spring or fall quarter, he said administrators, eager to get it out of the way, were counseling him to move it earlier. He later told The Maroon that he also wanted to expedite the event.

Zingales acknowledged that racial issues would be unavoidable during the debate due to Bannon’s past, topics he said he is ill-prepared to tackle due to his ignorance—as a person who was raised and educated in a much more homogenous country abroad—of the nuances of race in America.

In order to address this shortcoming, Zingales said that he hoped to invite someone who was knowledgeable about American racial politics to debate Bannon. When a student in the room suggested that he ask Cathy Cohen—the former Director of the Center for the Study of Race, Politics and Culture—Zingales said that he had already reached out, but that she had declined. This wasn't the only invitation; The Maroon reported last week that Booth professor Austan Goolsbee had also been asked to participate in the debate.

At the end of the discussion, the sources said that Zingales committed to participating in a town hall event that would allow more members of the University community to express their concerns about the Bannon debate. That event has since been scheduled for today at 6 p.m.

In addition to the town hall, Zingales told The Maroon that he was working toward ensuring that students felt supported.

“It is extremely important to me that anyone from our campus, whether they choose to attend the event or not, feels welcome and supported, and I am working with students, faculty, and staff to ensure this is the case,” he said.

Overall, the sources said that they thought that Zingales was cordial and the discussion was civil, but that the meeting did not change anyone’s views of the planned debate.

“Coming out of the meeting, Zingales still seemed to feel that inviting Bannon was a good idea,” a source said. “He didn’t change his mind.”