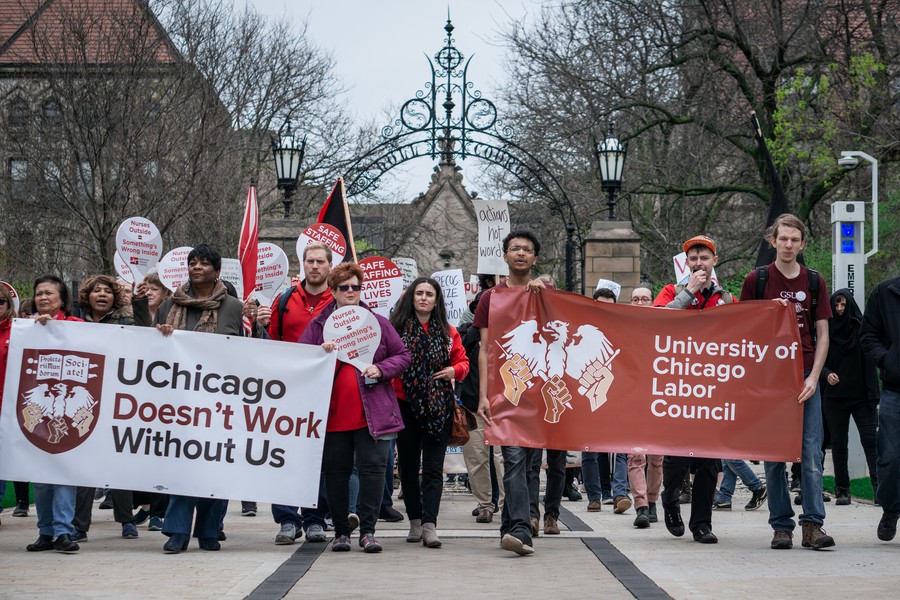 University of Chicago Labor Council and affiliated demonstrators march into the quad on May Day.

University of Chicago Labor Council, a newly formed umbrella organization of unions at UChicago, led a May Day March yesterday to advocate for workers’ rights and urge administrators to recognize Graduate Students United. 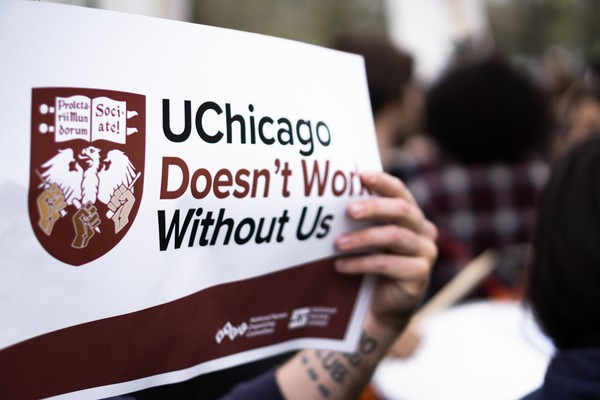 More on GSU: Student Government passed a resolution on Monday urging administration to recognize the union.

The Maroon interviewed the first-year “Trust Slate” candidates vying for positions on SG.

The (U)Chicago Reparations Summit hosted students, activists, and professors on campus for a discussion of reparations and UChicago’s role in the history of slavery and present-day police violence.

Two new minors in the College will be offered starting in fall quarter: one in Education and Society, and a second in Inequality, Social Problems, and Change.

The Maroon’s Editorial Board argues that Metcalf internships need to be offered in a wide range of fields—beyond just finance—in order to expose students to the variety of career options out there.

Originally unfamiliar with Senegalese food, Adam Chan tried every item on Gorée Cuisine’s menu, and can now vouch that every dish is tremendous.

Rob Pruitt painted 2,922 portraits of President Obama and they are on display at the Stony Island Arts Bank.

Marvel's "Endgame" brings the franchise home (and brings in the box office bucks).

Senior Pitcher Joe Liberman looks back on his career on UChicago’s Men’s Baseball team, with a goal of continuing his passion for baseball after graduation.

Men and Women’s Track and Field compete at the UAA Championship meet in Georgia. With several standout individual placings, the teams looks forward as they continue their season.

Get this week's news download with the latest episode of the Maroon Weekly.

This week, a listener's study of the ancient love language of Greece and Rome has an uncomfortable clash with frat party hookups while Listen while Abby and Abby try to use their HUM close reading skills to parse through it all!